As of writing this article, Rockstar Games has recently announced that they have eclipsed 150 MILLION copies sold of Grand Theft Auto V. It was already the second highest selling video game of all time, but what an incredible milestone none-the-less. The game was initially released on September 17th 2013 for the Xbox 360 and PS3, later being released on the Xbox One, PS4, and Microsoft Windows. There are also PS5 and Xbox Series X versions slated for release in November of 2021.

The game released to critical acclaim and pushed the technical boundaries of both the Xbox 360 and PS3. Even today, GTA V is often compared to modern releases and many times outperforms them in several categories, such as game physics, AI reactiveness, and player freedom. While the online mode initially released with mixed reviews and a multitude of server issues, Rockstar buckled down and implemented several updates. Grand Theft Auto Online then became, and is currently still, extremely popular. In fact, it became so popular, that nearly 8 years later, it's the most popular game on Twitch.

How in the world did this happen? How can a game stay fresh for so many years? Short answer? Role-playing. Yeah, that's right, you heard me, role-playing servers. Role playing servers are so insanely popular that at almost any given moment, 3 out of the top 5 Twitch streamers are GTARP mains. So, let's do some exploring as to how this phenomenon became so popular, why don't we?

GTARP (Grand Theft Auto Role-Playing) all started with the FiveM mod. Released in 2015, this mod added elements which granted players a wider degree of in game freedom. Specifically, elements revolving around role-playing. Akin to the wildly popular game Second Life, GTARP allows players to engage in an extensive, dynamic, and incredibly in-depth RP experience. With no real goals or winners, players make their own fun by interacting with other RPers. A "journey before destination" experience, if you will (any Brandon Sanderson fans out there?).

The GTARP experience is hosted through hundreds of different servers. Many such servers require an application process in order to get an invite to join that specific server. Each server has a different player limit, with some servers supporting hundreds of players while others only support a few dozen. The applications also vet for people who might cause trouble or aren't fully committed to RPing with other players.

If your application for a particular server is accepted, all you have to do is have the FiveM mod installed and join the appropriate server when there's a spot available. Usually players start out with either nothing or a very small amount of cash. They're then directed to a starting area or a job board (sometimes by another player whose job is to do so), and their adventure begins.

General awareness and hype for GTARP has increased as time passed, reaching it's all peak peak viewership on May 2nd, 2021 with 1,141,000 concurrent viewers. An absolutely staggering number which currently ranks #11 in all time Twitch peak viewership events. There has been an increasingly positive Twitch viewership trend in GTARP since late 2020, during the meat of the Covid-19 lockdown. The release of the NoPixel server's 3.0 update in February is what really helped spur the game's recent surge in popularity, however.

The NoPixel server is currently the most well known GTARP server, although not because of player count, but because it's the server that hosts the exploits of many popular Twitch streamers. Personalities like xQcOW, Lirik, summit1g, Buddha, and Sykkuno all grace the NoPixel server with their RP antics quite frequently. The allure for many people who watch these streams is how the streamers interact with eachother and their environments. A completely different experience than one witnesses from streams that feature high-level competitive gameplay. But again, why are so many people interested in watching streamers RP?

One explanation is that the consumer demand for things like Dungeons and Dragon's (DnD) podcasts, RP streamers, and other like content from experienced role-playing content creators has increased the past few years. This demand has a symbiotic relationship with the recent comeback in tabletop role-playing game interest. Say someone listens to a DnD podcast with experienced role-players and they really like it. They want to share this experience with their friends, so they recommend it. Wow look at that, their friends like it too. The group of friends decide they want to try their own hand at a DnD campaign, which in turn increases their interest in other role-playing podcasts. As the lockdown drags on, people are bored out of their minds and crave human interaction. What better way to sate that desire than by pretending to be anyone other than yourself? Playing tabletop games like DnD can also be achieved virtually with the help of applications like Tabletop Simulator. Tabletop role-playing games and online games like GTARP allow players an escape from reality, which is a nice respite from being stuck inside your home for months on end.

The graph above shows the average daily Twitch viewership for GTA V since February 1st 2019. We can see a spike in popularity in March of 2019, when larger streamers started to make their way into the GTARP community. Soon after, onesync released for FiveM in summer 2019, increasing server player cap to 128. Viewership stabilized at about 50,000 throughout 2019 to early 2020. Then, there's a slow climb near the beginning of the pandemic, which then slowly dipped before stabilizing near the beginning for 2021. Finally, an enormous spike occurs after the NoPixel 3.0 server launched in early February 2021, which then dipped when the Covid-19 restrictions started lifting. However, even after dipping, GTA V has begun stabilizing at around 200,000 average viewers a day. While the graph has some turbulent data, it still shows a generally positive uptick in popularity as time goes. Still, maintaining such a sizable population during the summer months as people venture back outside bodes incredibly well for the future of GTA V on Twitch.

With the upcoming PS5 and Xbox Series X releases, GTA V is still firmly planted in the minds of the general gaming public. The biggest challenge GTA V faces during the coming months is a slew of new game releases such as Battlefield 2042, Halo Infinite, Pokémon Brilliant Diamond/Shining Pearl, and Call of Duty Vanguard. A positive note is that GTA V (The RP side of it especially) is a far different gameplay experience than the aforementioned upcoming games. But overall, large streamers are the ones currently carrying the overall popularity of GTA V in 2021. It's yet to be determined future rests heavily on the whims of Twitch's most popular personalities. 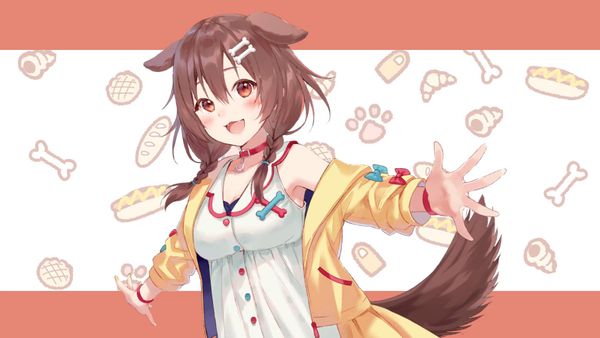 Unsuprisingly, VTubers experienced another massive surge in popularity during the Covid-19 lockdown. With many indoor activities like concerts and conventions cancelled, droves of people started to discover VTubers in their newfound free time. 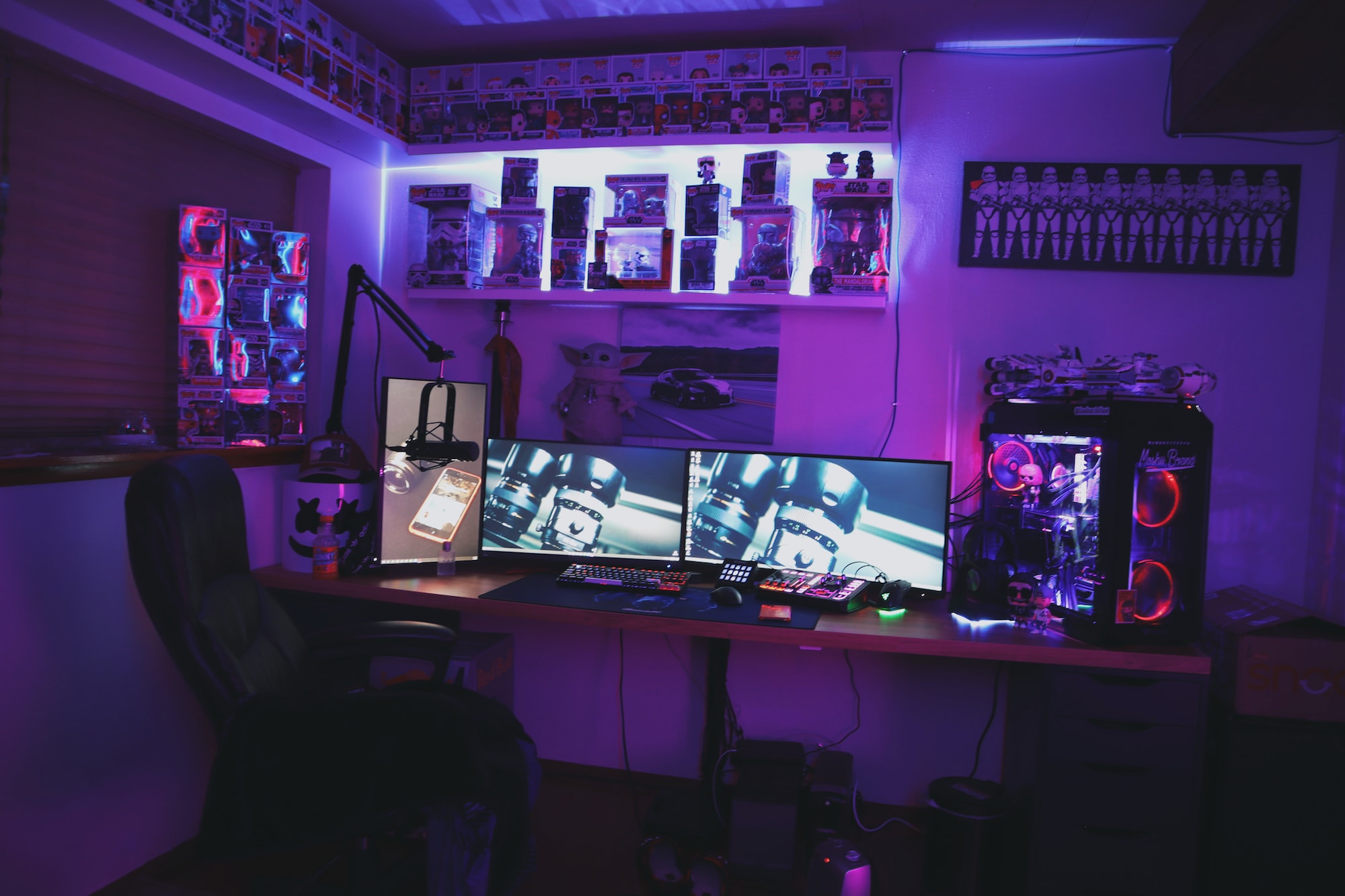 The consumer side of video games is a rapidly moving and turbulent mass of people just waiting for the next big trend. Most gamers are more than happy to jump ship from a "dying" game as soon as streamers stop playing it as frequently.