Note: The following rankings are based on a combination of both gross and percentage change to viewership and total streams. As such, dominant and stable titles near the top of the charts will not always, or often, appear. To compare to last week's rankings, click here.

Super Mario Maker 2 followed up its stellar opening few days with an even better performance in its first full week, accruing the second largest overall increase in total viewership on the entire platform. When combined with its near doubling of participating channels on Twitch, that makes it the fastest trending title on the entire platform! This is all the more impressive for a Switch exclusive, given the limitations that puts on total players.

The original Super Mario Maker was already a spectacular game for streaming, with the unlimited custom levels acting as never ending challenges against which streamers can test their skills, their frustrations and successes both acting as perfect fodder for producing quality content. The sequel has doubled down on everything that made the game so perfect, introducing myriad new options for customization and the additional element of multiplayer to make the game even more collaborative and diverse. The result is a game that's tailor-made for Twitch, and it's no shock to see it at the top of our rankings. In a world dominated by "live-service" titles, Super Mario Maker 2 has carved out a healthy niche of its own, and will remain a popular game on the platform for weeks to come.

Finally, Apex Legends has released its second season of content, entitled Battle Charge, featuring the first of several new characters, a new weapon, daily and weekly challenges, and tons of new items and cosmetics, and as you can see above it provided an immediate boost to overall viewership, pushing the game up from its preceding daily average of under 30,000 viewers to a peak of nearly 160,000. More impressively, the title added more streamers than any other game this week, as the new content drew large numbers of players back into the fold.

Apex has been putting a distinctly different strategy into practice when it comes to content releases, compared to its competitors. While Fortnite is constantly drip-feeding new game modes, updates, map changes, and other improvements, with new content seemingly every week, the team at EA and Respawn have instead focused on punctuated moments of new stuff, releasing new characters at a slow, regular pace, and saving everything else for this week. We've been waiting to see what the results would be, and while it's now clear that the second season has provided the expected short term boost to its streaming numbers, it remains to be seen whether this can last long enough to remain a viable strategy moving forward. By the second day, peak viewership already fell nearly in half. That's expected with any content release, but if that trend continues downward, Apex's update strategy might prove less effective than the alternative. The next week or so will provide a great deal of insight into the realities of supporting a live-service title in today's climate.

The Auto Battler from League of Legends creator Riot Games has quickly become the most watched game on Twitch, and that position at the top is the only reason it seems that gains in viewership and total participating channels have started to slow; it's simply running out of room to grow. Still, even in that context, the game managed to accrue the third largest increase in total viewers on the entire Twitch platform, and the second largest in total streamers.

Teamfight Tactics is utterly dominating the battle for dominance in the fight to take the place of Auto Chess, the Dota 2 mod that has given birth to an entirely new genre, and at this point it's hard to see any challengers being able to dethrone the title. It has blown away the numbers achieved by the original mod, and is outperforming its primary competition, Dota Underlords, by nearly ten times in term of overall viewership. As the genre matures and competitions and tournaments become a focal point, it's clear that Tactics will be the title at the top with the largest footprint and biggest impact, unless something dramatic happens to change the entire space. We expect to be listing this title near the top of the charts for a long, long time.

The annual celebration of all things Warframe, Tennocon, was held the day after the conclusion of our rankings period, July 6th, in London, Ontario, Canada, and in the days preceding the event, large numbers of viewers returned to the game in anticipation. In the days leading up to the convention, the team at Digital Extremes released an exclusive pack of items, cosmetics, and other perks to mark the occasion, and it's clear that this, combined with the anticipation of the party, was a huge draw for viewers.

Warframe is one of the most successful, critically praised free-to-play "live-service" titles in gaming, and it's thrived for so long because the team behind it has a deep understanding of their own community, what they want, what they like, and what gets them excited. The feedback loop they've established with TennoCon is just another example of how effectively that knowledge is put into practice. Much larger studios have put even larger budgets into play trying to repeat Digital Extremes's success, but few have managed to achieve similar levels of consistent engagement, and it's a testament to just how good they are at what they do. This boost won't last forever, but it also won't be the last time we see Warframe at the top of the charts.

An early access title that hadn't seen much activity prior to its latest update, Visage is a survival-horror experience that acts as a spiritual successor to P.T., the infamous teaser for the cancelled Silent Hills game that was to feature Norman Reedus and be developed by Hideo Kojima and Guillermo Del Toro. Released into early access last October, the latest update added an entirely new chapter to the still-in-progress experience, and, as a result, viewership exploded from its previous stagnation to make it one of the fastest rising titles on Twitch.

Slow and methodical exploratory horror has long been a staple of gaming content creation. One could argue that Amnesia: Dark Descent was one of the first major hits on YouTube, with creators like Pewdiepie becoming popular through their heightened reactions to scares and engaging personalities. It's also one of the reasons why the original P.T. was so popular, and, given the increases seen this week, it seems clear that audiences are still hungry for similar experiences. These moments of success on Twitch will be short lived, at least until the game is complete and players can enjoy the game all the way through. Still, the big spike in viewership is enough to take the final spot in our list of the fastest rising titles on Twitch.

With the combination of the 4th of July, the Steam Summer Sale, the end of Games Done Quick 2019, and numerous big content drops for some of the biggest names in streaming and gaming, there wasn't a lot of attention these past few days available for new releases. Many studios and publishers were thus less active this past week, which leads to a list of new games reaching more modest overall numbers than in some weeks past.

Still, some titles stood out, Sea of Solitude the most successful among them. Published by Electronic Arts and developed by Jo-Mei Games, it was initially set to release this past Spring before being moved back to July 5th, the final day of this week's rankings, and in that short time it accrued more active streamers than any other new title. A single-player narrative-driven title, it's reach on Twitch is going to be somewhat limited, as such titles simply don't provide the quantity and variety of content it takes to sustain a streaming community, but its performance in only a single day is a positive sign for sales. Hopefully, it will continue to pick up momentum in its first full week.

Teppen is a brand new mobile digital card game (DCCG) from Capcom, the makers of Street Fighter, Mega Man, Devil May Cry, and many other vaunted video game series, all of which are featured as cards in this new experience. Created in partnership with Gungho, the game features quick, five-minute matches featuring real-time action, as opposed to the turn-based formula upon which most titles in the genre are built.

Capcom is stepping into an arena with some pretty heavy hitters here, releasing a competitor to behemoths like Blizzard's Hearthstone, and this first day of viewership is by no means a sign that they are ready to take on that challenge, but with the world of mobile gaming growing bigger by the day, and a big catalog of IPs from which to draw new content, Teppen has the chance to make some noise if it can build out a foundational community of players and streamer. It's not there yet, but is a game worth keeping an eye on moving forward.

Based on the hit Netflix series, Stranger Things 3: The Game released on July 4th, the same day as the latest season dropped on the streaming service. Created and published by BonusXP, who also built Stranger Things: The Game for mobile platforms after the first season back in 2017. Leveraging a retro aesthetic and throw-back gameplay that hearkens to the same sense of nostalgia the show has so expertly tapped into, it managed to accrue more hours of viewership than any other new title this week, while still taking the third place on this list due to being featured by fewer channels. With it being another story-driven experience, and the season already having been ravenously consumed by much of its audience, it's unlikely that the game will climb any higher next week. Still, it's one of the biggest new releases of the week, a fine accomplishment in what is a steadily disappearing niche: licensed adaptations co-released with other content.

As Teamfight Tactics dominates the world of Auto Battlers on PC, developers and publishers are also racing for dominance in the mobile space, where Auto Chess Mobile from genre innovators Drodo Studios currently reigns supreme. Tencent's Chess Rush is their own foray into this new market, releasing this past week on both iOS and Android. Focusing on speed, matches last only ten minutes and feature eight players all vying to knock the others off the board. The developers are clearly hoping that these unique touches make their game stand out.

To this point, though, it's yielded limited returns. Mobile games are still underrepresented on Twitch, so these numbers are a bit more impressive than they first appear, but still, this is not yet enough players to sustain a community. This competition will definitely heat up in the future, however, so it's worth paying attention to see what can be developed moving forward.

No other new releases accrued viewership or streaming numbers that warrant inclusion in this week's list.

Want to compare the above to last week's rankings and see how things have changed? Check them out here! Also be sure to read our breakdown of how Teamfight Tactics drove Drodo Studios into the arms of Tencent Games, and to follow us on Twitter and LinkedIn for all the latest blogs, announcements, and game marketing news from the team at GAMESIGHT! 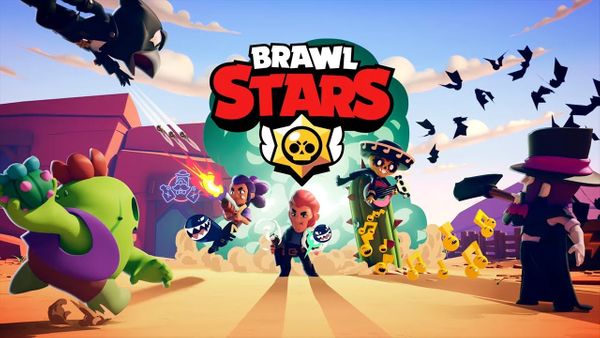 The growing title from one of the biggest names in mobile gaming is their most ambitious title yet. Does it have what it takes to satisfy Twitch viewers? 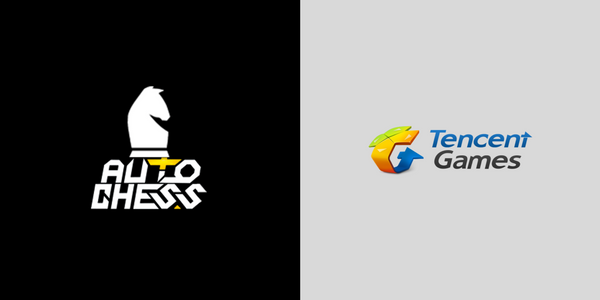 Drodo teams up with the biggest publisher in China to help compete with the runaway success that has been Teamfight Tactics.